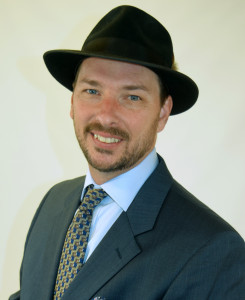 I wasn’t always a body language expert able to help others and talk in front of crowds of people.  Actually I used to be quiet, shy, totally introverted and definitely socially awkward.  Yup I was the stereotypical engineer.  I had been working for the same giant corporation, doing the same job for a long time.  I was happy to just do my job and not be bugged by anyone.

Well there came a time where an opportunity came up for a job I really, really wanted.  I had the skills, well at least the engineering skills.  So I went and interviewed for the job… but I didn’t get it.

I had a friend working in the group I interviewed with and he told me they actually hired someone much less qualified than me.  I was shocked!

I asked him why they would hire someone less qualified….

He said although I had the technical skills they were looking for, I really came across as too quiet and actually sort of unfriendly.

Me unfriendly?  I thought I was super friendly.  I thought….

So I started looking into how to interview better, and that lead me to the fascinating world of body language.  Once I started learning about it I couldn’t get enough.  I started learning and practicing and I noticed a dramatic change on how others interacted with me and how I felt about myself.

Almost a year later my friend contacted me again to tell me that other person they hired didn’t work out and I had another chance.  This might be the last one so don’t blow it!

So I went and interviewed for this dream job, and even though I interviewed with the same 5 people, 4 of them didn’t even remember me from the last round of interviews… even though there were only 4 candidates.

Wow, I was completely not memorable before… but with what I had learned about body language the previous year I really knocked the interviews out of the park.  I was confident, friendly, open and had them all laughing and at ease.  This time the interviews were a real pleasure and sure enough I was offered the job.

Well my love and learning of body language didn’t stop there.  I took course after course, and learned and practiced and became more and more aware of not only what my body was saying, but what everyone else’s was saying too.

I decided to make a career out of something I loved.  So although it was really difficult, I became a certified trainer through the Science of People and launched my Body Language Coaching career.

Now I have a real dream job helping others and making a difference in people’s lives.

Contact me today if you would like to talk about what body language training can do for you. 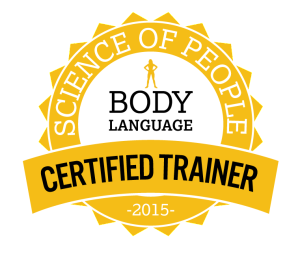